27.6. 2014. SUPPORT. DON’T PUNISH! – The international campaign in Copenhagen, was a great success with a really interesting but also super cozy afternoon with Street Lawyers 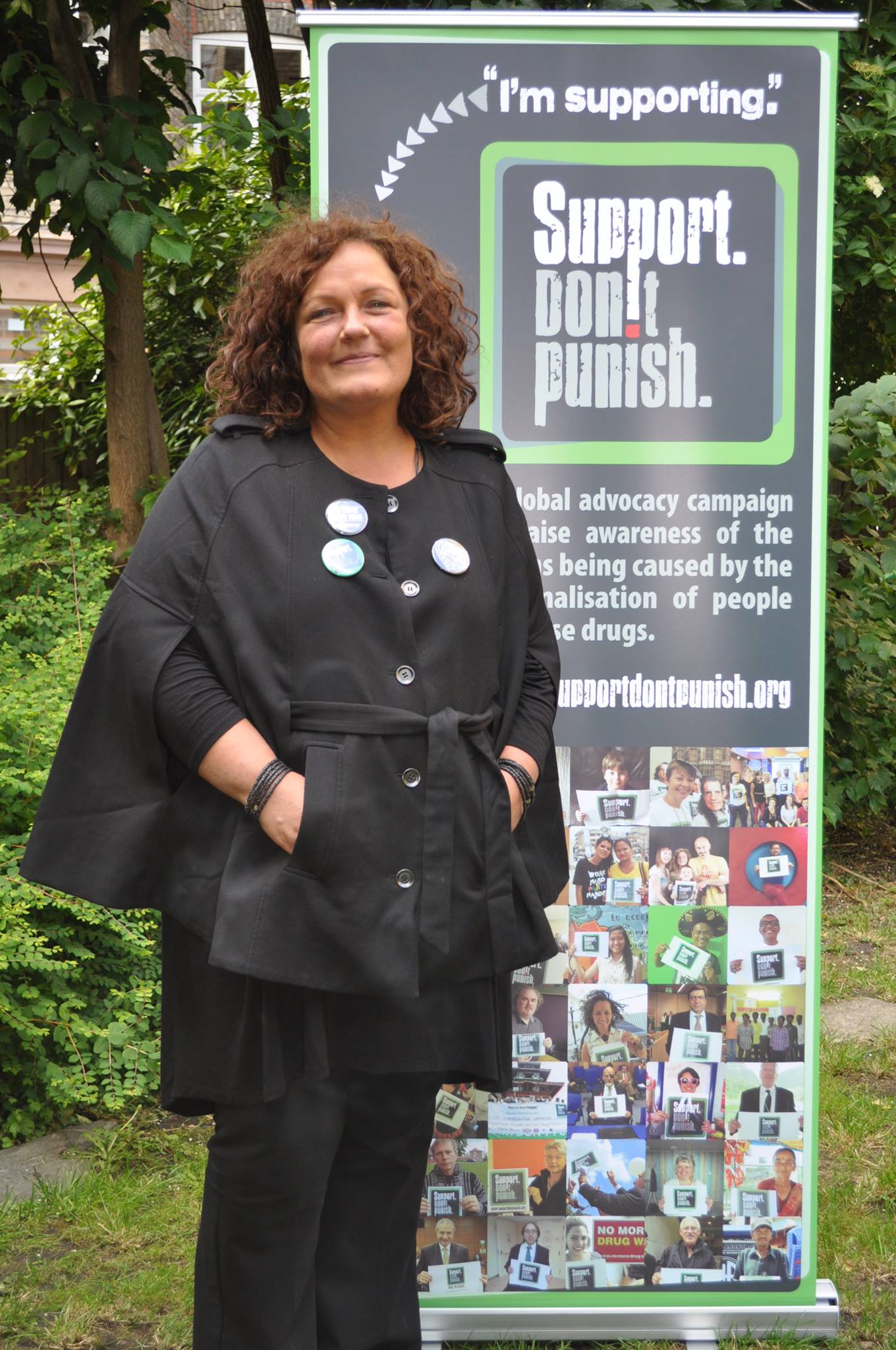 Many thanks to the host of the event Nanna W. Gotfredsen who started to extend a warm welcome and went on to explain about the background of the international campaign day and how many barbaric regimes under UN auspices, celebrates the very same day called “The International Day Against Drug Abuse and Illicit Trafficking “, including summary executions of drug addicts.

Nanna showed simultaneously a terrifying series of extremely barbaric photos of public neck-executions where the victims are placed in a row on the edge of a pre-prepared mass grave – so the executing soldiers or policemen not subsequently is burdened with rearranging the bodies.
This barbarism takes place mainly in China, but is also practiced in several other Central and Far Eastern countries, however, in more limited numbers than in China.

Nanna continued to show photos about how hundreds of public mass hangings is going on in Iran, where groups of unlucky pinioned and blinded victims tied a knit neck rope, connected to an elongated wooden boom suspended from a mobile crane. There is no trap door, which is otherwise known as effective hanging method, that ensures a reasonably quick and humane execution.

At a signal the boom is raised (slowly) by the mobile crane so that the unhappy soon dangling while their legs is running in the air. They are exclusively strangled and suffocated by the weight of own body, and the invited audience cheer loudly, all while the life slowly seeps out of the carcasses hanging in a row and only after a longer while hangs perfectly still.

In other countries such as Vietnam incarcerated drug users – is lying – in small and low thorn scrub cages the size of a two-man festival tent, so it is impossible to stand upright, but instead they’re fried by the sun’s relentless rays, while they are invited to have second thoughts.

Still in other Far Eastern countries intern their drug-addicted, indefinitely and without trial or rights in the mega sized “treatment” centers – where the poor people are employed in hard labor in at least 12 hours on a day six days a week production.

In Russia drug addicts is beaten bloody with thick sticks to become drug-free – allegedly by medical educated personnel – while the violently bloody damage to the rear portions, more witnesses about  rough sadistic beatings experts work – than university educated health professionals, who have allegedly made ​​a solemn oath to protect lives and health.

THANKS also to the two dedicated speakers. first time lecturer (at extremely tragic basis), and author of the book: “The 4th. shot” Annie Mai Nielsen, the poignant and compelling way as early-stage speaker, told of how her drug-addicted son tragically ended his life as the victim of a policeman’s handgun bullets one night in Kalundborg back in 2010.
We wish Annie a lot of success with her book sales.

THANKS also to former police officer and now: Freedom activist (Frihedsaktivisten.com), Lars Kragh Andersen who provided a thoughtful and instructive presentations, on how to apply when “the police will refer you.”

After the presentations and discussions the SUPPORT. DON’T PUNISH! poster placed in the garden where BF activist Niklas Wickström photographed the participants for the campaign – the photos are now available here, and on the international campaign website.

Last but not least, THANK YOU to the each and everyone of the many highly committed participants – all of which each contributed to making a unique day which certainly evokes a repetition.