Voices from the Margin: Drug User Activists in the US
By sarosip, June 6, 2011.
HCLU Films News Watch and share the HCLU’s movie on drug user organization in the United States!
This movie was filmed by the HCLU at the 8th National Harm Reduction Conference in Austin, Texas – we thank the Harm Reduction Coalition for the invitation and for organizing this wonderful conference! 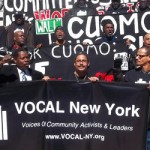 “Regardless of how you try to explain to people it’s a ‘war on drugs’ or a ‘war on a product,’ people see a war as a war on them,” said Gil Kerlikowske, the US drug czar in his first public statement after his appointment to the White Hose’s drug office. This is especially true for people who use drugs. It is not drugs that are being arrested, prosecuted, imprisoned, stigmatized and marginalized – but people. These people affected most by the war on drugs have been organizing a resistance movement all over the world: they form user groups, they promote harm reduction programs, they fight for better health and social care, they negotiate peace with the authorities. In our movie on the International Network of People Who Use Drugs (INPUD) we showed how drug user movement is being organized internationally. In our latest movie we focus on the user movement in the US: how can people who use drugs survive in the country where the global war on drugs was born. The activists we interviewed show a brilliant example how unfair is the prejudice against drug users that they are passive and incapacitated, or that they don’t care about the social and political environment in which they use drugs.