‘The worst case of scientific censorship since the Catholic Church banned the works of Galileo’: Scientists call for drugs to be legalised to allow proper study. 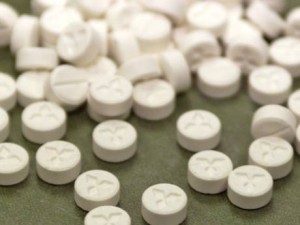 The outlawing of drugs such as cannabis, MDMA and LSD amounts to the “the worst case of scientific censorship since the Catholic Church banned the works of Copernicus and Galileo”, the former Government drugs advisor Professor David Nutt has claimed.

Professor Nutt, who was dismissed from the Home Office’s advisory council on drugs in 2009 after clashing with ministers, said that UN conventions on drugs in the 1960s and 1970s have delayed the development of “innovative treatments” for PTSD and depression by 30 years and also set back research into areas of neuroscience such as consciousness.

In a paper published today with two other scientists in the journal Nature Reviews Neuroscience, he said that drugs policy is being driven by “politics, not science”.

The possession of psychoactive drugs such cannabis, MDMA (ecstasy) and LSD for scientific purposes is stringently regulated in the UK and most other countries, in accordance with UN conventions that were agreed in response to the emergence of drug culture in the 1960s and 1970s.

Applying for a Government licence can be costly and time-consuming and many scientists are put off by a culture of “repression” surrounding drug science, Professor Nutt said.

“The laws scare off funders and most scientists are scared because they think if they break the law, they might get arrested,” he told The Independent. “I’m sure at some point someone’s going to arrest me. There is a sense of repression to the point that most people won’t do it.”

The paper, which is published to coincide with a conference on scientific research with psychedelics at Imperial College London, points to evidence that cannabis, MDMA and psychedelics such as LSD and psilocybin (the compound found in magic mushrooms) have unexplored medicinal benefits and argues that laws should be updated.

Small clinical studies of MDMA, which was originally used in the USA in the 1970s to improve communication in psychotherapy sessions, suggested that it could play a highly beneficial role in the treatment of PTSD patients. The paper’s authors said the drug could also help with “end of life anxiety” and couples therapy”.

Medical use of marijuana is already legal in 17 US states, and the drug has been shown to have benefits such as anxiety reduction and pain relief. However, Professor Nutt said that UK restrictions had blocked development of therapeutic applications for any of cannabis’ 16 active ingredients.

LSD, meanwhile, was widely researched in the 1950s and 1960s, with more than 1,000 papers investigating outcomes for more than 40,000 patients, with evidence suggesting that the drug might be an effective treatment for alcoholism, before bans on the drug around the world ended further research.