Why are some drugs illegal? 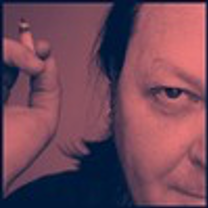 Emery Larick, Director of the Institute For Figuring Stuff Out

It boils down to puritanism and racism. It’s no accident that the United States was the biggest proponent and exporter of prohibition. The “health and safety” justification came much later, once overt racism had gone out of fashion. It is easy to see that health and safety have nothing to do with prohibition when we look at which drugs are forbidden, and which aren’t. Only drugs which provide pleasure are banned. For instance, misuse of antibiotics is causing very serious problems for everyone. We are at risk of losing many of the medical advances of the twentieth century, including surgery, because of antibiotic misuse! Yet, we’ll never see a SWAT team kicking down doors over antibiotics. They don’t get you high. Meanwhile, drugs like marijuana, and most psychedelics, are known to be harmless. That is the puritanism, which frowns upon pleasure.

Then, when you have “other” people enjoying themselves in a way which you disapprove of – blacks, latinos, foreigners, or hippies – it becomes much easier to put your puritanical notions into practice. Minorities are simply easier to oppress, practically speaking. When you look at the early prohibitionist propaganda, the part racism played is quite obvious. They weren’t even trying to hide it. You may think alcohol prohibition was a different matter, but drinking was associated with Germans, Catholics, Italians, and other eastern Europeans, especially those of a left-wing bent. Even though some WASPs drank, they either considered it a failing, a sin, or that theirdrinking was civilized and moderate. We still see this today when politicians admit to some drug use, but still think it should be illegal for everybody else.

Drug prohibition continues today because it is still seen as something “others” do. It is still a useful tool of oppression in minority, and poor, communities. But, they can’t say that, so they say, paternalistically, that they need to protect people from themselves. And so they flood the media, and the schools, with disinformation. Rehab is a big industry in this country, and of course law enforcement is heavily invested in prohibition, for a number of reasons.